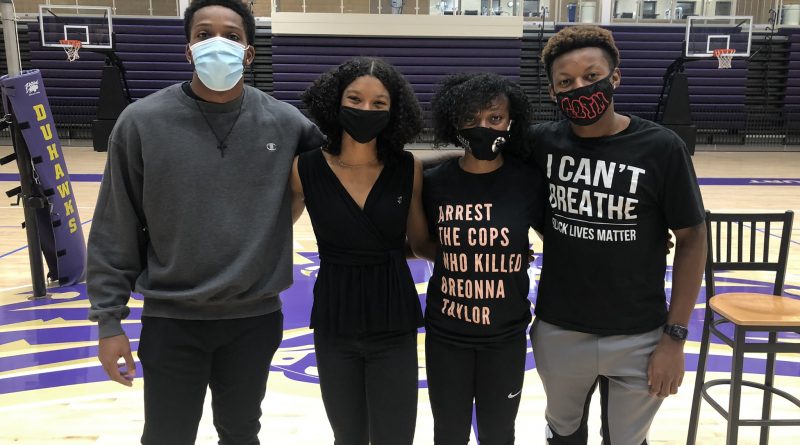 On Tuesday night, four black student athletes took center stage to talk about their experiences with racism as part of a broader discussion of ways to improve cultural relationships.

You can view the a video of the full panel below or by clicking this link.