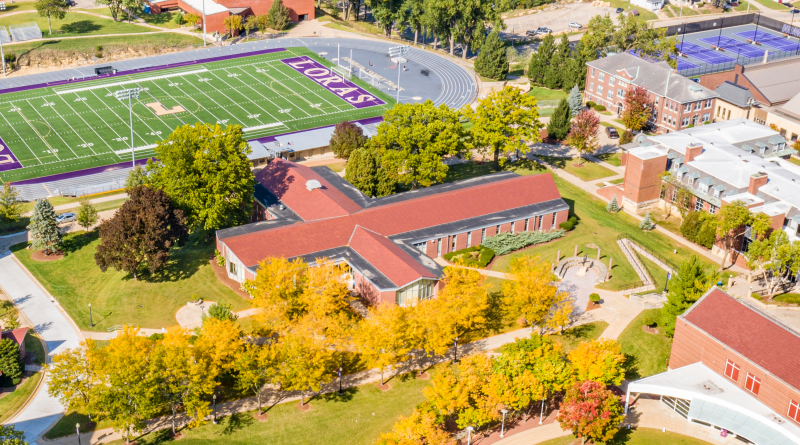 While growing up on a farm in northwest Iowa, Bob Byrne’s (’71) father stressed the importance of giving back to the community. It was a lesson that he took to heart as an adult.

“He mentioned to me many times, ‘Always give back to the community. Once you leave it, give back to it and show your appreciation.’ That first community for me was Loras College. It helped me grow and was a good experience for me. Loras is a quality institution. Whatever I can do to help out, I will do so,” Bob said.

Bob and his wife, Stephanie, set up a scholarship through Loras that ties to one of his other communities, the Diocese of Sioux City, “I also wanted to give back to the Diocese for helping me to get to Loras. I feel indebted to them. We set up a scholarship for a student from the Diocese of Sioux City to not only give back but also bring someone from that area to Loras to enjoy the splendors of both the College and the area.”

One of five boys, Byrne watched his two older brothers attend college in Iowa City, but, instead of following them there, felt compelled to try and bring a wish of his mother’s to life.

“When I was a senior in high school, my mother passed away. Raised as a moderately strong Catholic, she always wanted a boy who would become a priest. I decided that I was probably the best choice of the five of us to fulfill my mother’s dream. I went through the Diocese of Sioux City and attended pre-seminary at Loras College,” he recalled.

After two years, he decided it wasn’t his calling, but that pursuit led him to find his comfort zone at Loras. It provided not only a place where he could study, but be involved by working on campus in the cafeteria and volunteering through the Big Brothers & Sisters (Do It Yourselfers) organization.

“Going to a smaller school like Loras provided the intimacy of an education where you get to know your teachers and classmates that really worked for me. It was a very personal setting. I got to know the guys in Rohlman Hall, who were all from different parts of the state, country and world. Being a sociology major — that was right up my alley.

“All around, it allowed me to grow and mature.”

After graduating from Loras, Bob earned his graduate degree in rehabilitation counseling in Iowa City. While trying to find a job in his field, some friends asked him join them out in San Francisco. With the snow piling around him that winter, he took them on the offer and settled into his new community.

Despite his new surroundings, Bob feels that his Loras experience, bolstered by his strong farm work ethic, played a significant role in shaping him as a person and as a professional.

“When I decided to donate to the College and set up a scholarship, I came across the Loras mission statement and realized it reflects a lot of who I am.”

That connection has helped to strengthen Bob’s bond with his alma mater and is a key selling point when he discusses giving back to Loras with fellow alumni.

“Over the years, I have grown to appreciate what Loras did for me more and more,” he said. “It provided me a solid education and path forward.”