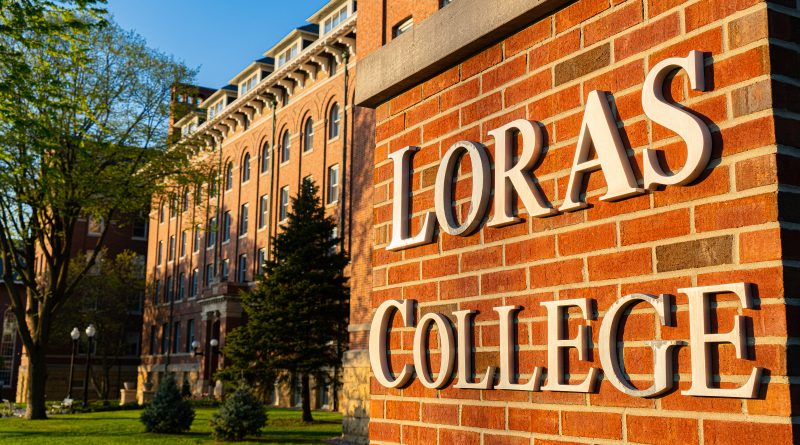 Loras College announced that it has created a giving circle that will help raise funds to enhance the efforts at Loras in regards to social justice causes.

“The fund is the brainchild of longtime donors Mike (’62) and Janet Valder,” Stacia McDermott (’03), director of spiritual life, explained. “They envisioned the fund being a way to expand social justice work on campus through creating a giving circle, enabling us to expand summer internships and new projects during the year. I am thrilled with the possibility of continuing to form students on how they can engage in social change in real and tangible ways. We have seen year after year how transformative the Valder Social Justice award is for students.”

The giving circle is the latest effort by Loras to be a college community that actively contributes to local and global systemic change through an expanded Valder Social Justice Scholarship and an annual fund for transformative experiences related to peace, justice, and diversity. Building on the existing Valder Social Justice Scholarship, the annual fund will increase available money for summer social justice award recipients and provide for additional funding, creating a Loras community that has access to transformative experiences that lead to systemic change on the Loras campus and in our nation and world.

“This fund will give Loras students the means to take creative initiative as they pursue their passion for social justice through on-campus projects and summer internships,” Hannah Eby, Coordinator of Peace, Justice and Service, said.

In coordination with the Loras Advancement team, members of the Giving Circle are constituents who provide annual gifts to this initiative of $500 or more and alumni who were Valder Justice Scholars who give $100 or more annually. Upon entry into the circle, donors will be provided periodic briefings and newsletters to update and describe funding proposals, with hopes of an annual event to come.

If you wish to join the giving circle and make your gift today, please visit HERE!

Bringing Into Focus: A Cross-Town Rivalry