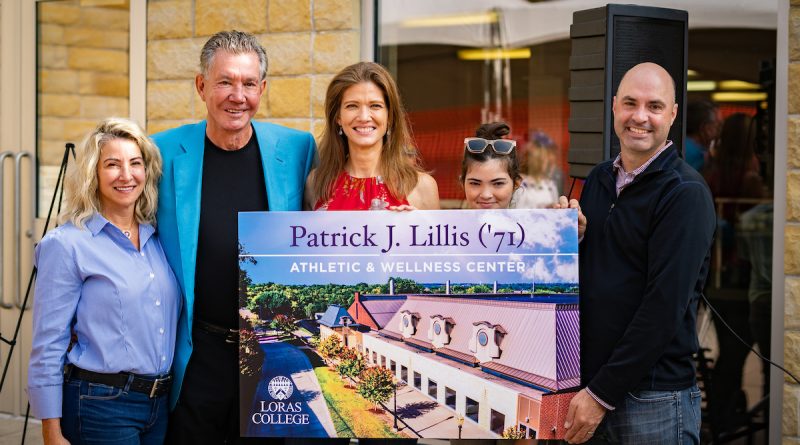 Lillis has been incredibly generous to Loras having committed over $6 million to Loras over the years. In addition to providing his support for the building that now bears his name, Pat has funded several student scholarships via the Patrick J. Lillis Endowed Scholarship.

“One would be hard pressed to find a more loyal, supportive and generous alumnus than Pat,” President Jim Collins (’84) said. “He has been unfailing in advocacy for our alma mater and has always found a way to support Loras’ most desired needs. He is a humble person even as he acknowledges his extraordinary success as mostly being a result of his Loras education. We are blessed.”

Lillis played on the basketball team during his four years at Loras and was inducted into the Loras Athletics Hall of Fame in 2002. Today, he remains the 13th all-time scorer, eighth all-time rebounder and is one of only 14 players in Loras history with 1,000 points and 500 rebounds.

Lillis received his Bachelor of Science degree in biology from Loras before he attended the University of Iowa to receive his medical degree in 1975. He opened his own general and surgical dermatology practice in Loveland, Colo., in 1979 and practiced for 37 years before retiring in 2016.

He also served as president of the Colorado Dermatology Society in 1989 and on the American Dermatological Surgery Society National Board of Directors from 1996 to 1999.

Lillis was inducted into the Loras Athletic Hall of Fame in 2002, earned an alumni excellence award in 2011 and was honored as a distinguished alumnus in 2018.  Pat and his wife, Tracy, currently reside in Loveland.  They return to Loras on a regular basis in support of student and alumni events.