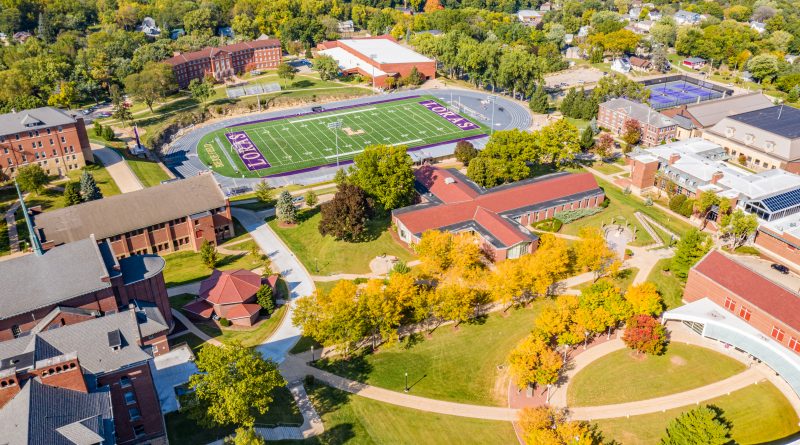 First-year students who fall short of Loras’ admission requirements can still attend classes on campus as enrolled students of NICC through the Grow Resources, Ignite Talents (GRIT) Program. Students will live on Loras’ campus, have access to Loras dining services, receive academic and advising services from both institutions, and attend classes taught by visiting NICC faculty.

According to Kyle Klapatauskas (’04), director of admission, the program provides students with an opportunity to show their commitment to success if their academic record is not up to established admission standards.

“If a student has a lower GPA, it can be misleading. You may see that it is higher over their final years in high school if you look closer. For any number of reasons, they are turning things around and are ready for college,” he said. “This allows us to familiarize us with their abilities and help set them up for success moving forward.”

After one year in the program, students can continue as transfer students if they show academic achievement. All credits from that first-year transfer to Loras and they are on track for a four-year degree.

“Part of the benefits of this program is that students get the best of both worlds,” Klapatauskas said. “They get to take community college courses through NICC while living on campus. They get the four-year experience of the Loras College campus, including being involved with clubs and organizations.”

The only aspect of the Loras experience unavailable GRIT students is athletics, but they retain full athletic eligibility if they continue as transfer students.

The first cohort of students in the GRIT program will begin in the 2021-22 academic year.