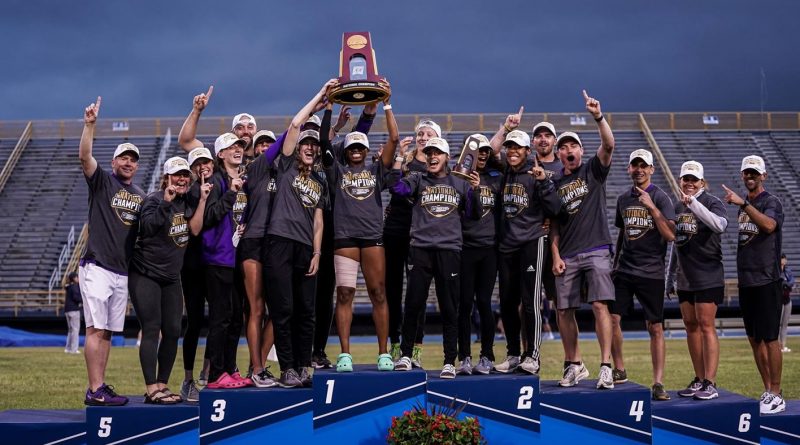 Continuing to set the standard of excellence, the Loras College women’s track and field team celebrated a program-best 13 student-athletes named to the United States Track and Field and Cross Country Coaches Association (USTFCCCA) All-Academic Team in addition to the team bringing home the 2021 NCAA Division III Track and Field Scholar Team honor for the second time in program history with a 3.4 team GPA.

To be eligible for the honor, student-athletes must hold a 3.30 or higher GPA on a 4.0 scale and have met at least one of the following criteria: finished the indoor season among the top-50 individuals on the descending order list or competed at the indoor or outdoor national championship or competed on a top-35 relay team or a relay at either the indoor or outdoor national championship. The team award requires programs hold a 3.1 GPA or better.

Elayna Bahl (’22), a finance and accounting major from Epworth, Iowa, Stevie Lambe (’22), an elementary education major from Dubuque, Kaylee Osterberger (’22), a junior accounting and finance major from Dubuque, and Kassie Rosembum (’22), a junior kinesiology and psychology major from Guttenberg, Iowa, all earned their third career academic awards. Bahl was the American Rivers Conference (A-R-C) champion outdoors in the 100 and 400-meter hurdles, helping her earn the conference’s Most Valuable Track Performer honor. She is a six-time All-American, adding two more this past outdoor season in the 400-meter hurdles and 4-by-400-meter relay. She was also honored as a CoSIDA Academic All-District award winner and holds four top-ten marks for the Duhawks.

Lambe added two more All-America awards at the outdoor championship on the 4-by-400 and national champion 4-by-100-meter relays to bring her career total to five. She is also a five-time All-Region and four-time All-Conference performer in addition to her recent nod as a CoSIDA Academic All-District selection. Osterberger was a key contributor to the Duhawks’ mid-distance events as an All-Region selection indoors in the distance medley relay that earned All-Conference and took third at the DIII Elite Championship during the indoor season. She also ranks tenth all-time in the 1,500-meter run outdoors.

Earning their second career All-Academic awards are Marion Edwards (’23)  and Alyssa Pfadenhauer (’24). Edwards, a media studies major from Chicago, Ill., anchored the Duhawks’ 4-by-100-meter relay that won the national title and claimed All-America honors in the 100-meter dash and 4-by-400-meter run. She was the A-R-C Champion in the 200-meter dash outdoors in 2021 and added a CoSIDA Academic All-District honor to her seven All-Conference and All-Region accolades. Pfadenhauer also ran on both relays at the national championship as well as finishing second in the 400-meter run in her outdoor national championship debut. She was the 400-meter champion at both the indoor and outdoor conference championship and won the DIII Elite Championship, held in lieu of the NCAA Division III National Championship, in the event. She owns four All-America honors and three All-Region awards.

The Duhawks have claimed the USTFCCCA Team All-Academic Award each year since it’s inception and have consistently had multiple student-athletes garner individual recognition.